We all want a better future for Oxford – for residents, visitors, businesses and service providers.
​
The best policy decisions are those taken with the help of data gathering, modelling and extensive consultation. This is not what we are seeing from our local councils. Decisions are being rushed through – often with good intentions – but without a full appreciation of the impact they will have on local communities.

LTNs - Low Traffic Neighbourhoods have become Local Traffic Nightmares
Breaking up communities. Increased congestion from displaced traffic and increased journey times. LTNs have been disastrous for residents, congestion and businesses up and down the Country & in Cowley, resulting in huge protests and legal action from local residents and businesses. 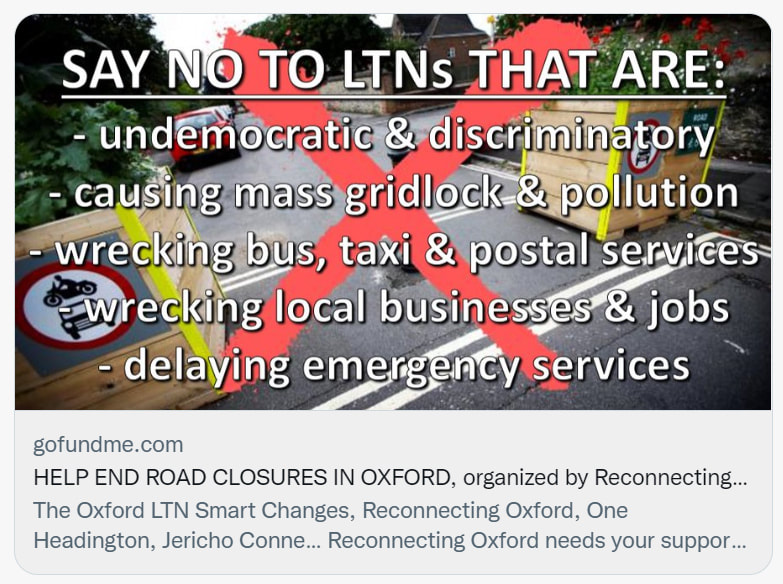 It was a huge success with a massive turnout & the prominent coverage on the BBC & Oxford Mail has sent out a strong message to the Council that our community is united & determined to stop these unfair & unworkable LTN road closures. It was fantastic to see the very best of our Oxford community – hundreds of residents & businesses - pulling together to show our unhappiness and to let our voices be heard.
We have been inundated with hundreds of messages from hugely frustrated residents & businesses who are experiencing the daily traffic gridlock, chaos & misery being caused by the Cowley & Littlemore LTNs. It's quite clear the LTN-induced traffic displacement & longer journeys is resulting in regular traffic gridlock on key arterial roads around the LTNs. It frankly beggars belief that the Council will proceed with further LTNs in the area, which risks crippling the whole East Oxford road network & damaging the whole community, without an urgent review of the first LTN. The pro-LTN lobby groups & pro-LTN Councillors use euphemistic terms such as "encouraging modal shift" but what they actually mean is state-sanctioned bullying of a population that cannot - and will not - change their entire lifestyles at the drop of a hat.
UPDATE 29th July 2021: If you have not heard the good news, the Oxfordshire County Council released the East Oxford LTN Survey results, and we have comprehensively won. The results are displayed in the graphic below, a huge majority 'Strongly objected' or 'objected' to the LTN proposals. As reported in the Oxford Mail, EAST OXFORD SAYS NO TO ROAD BLOCKS. At the County Council decision meeting, the Cabinet respected democracy & did not proceed with proposed plan. We believe there is now a clear mandate from the people that a proper re-consultation is required with all stakeholders at the table.
​
We wanted to say a big Thank You to everybody that supported and joined our campaign and voted against these damaging LTN proposals in the Oxfordshire County Council Survey. We were grateful for the overwhelming support we received from the vast majority of the good folk of East Oxford we met while out campaigning, leafleting and meeting people. We believe your support, the huge anti-LTN protest rally and our combined campaign with Business Groups led to this victory. The pro-LTN road closure lobby groups tried everything in their campaign - but we still won. Most people who responded to the Survey saw the LTNs for what they are - state sponsored bullying schemes that benefit the selfish few, and cause misery to the many. 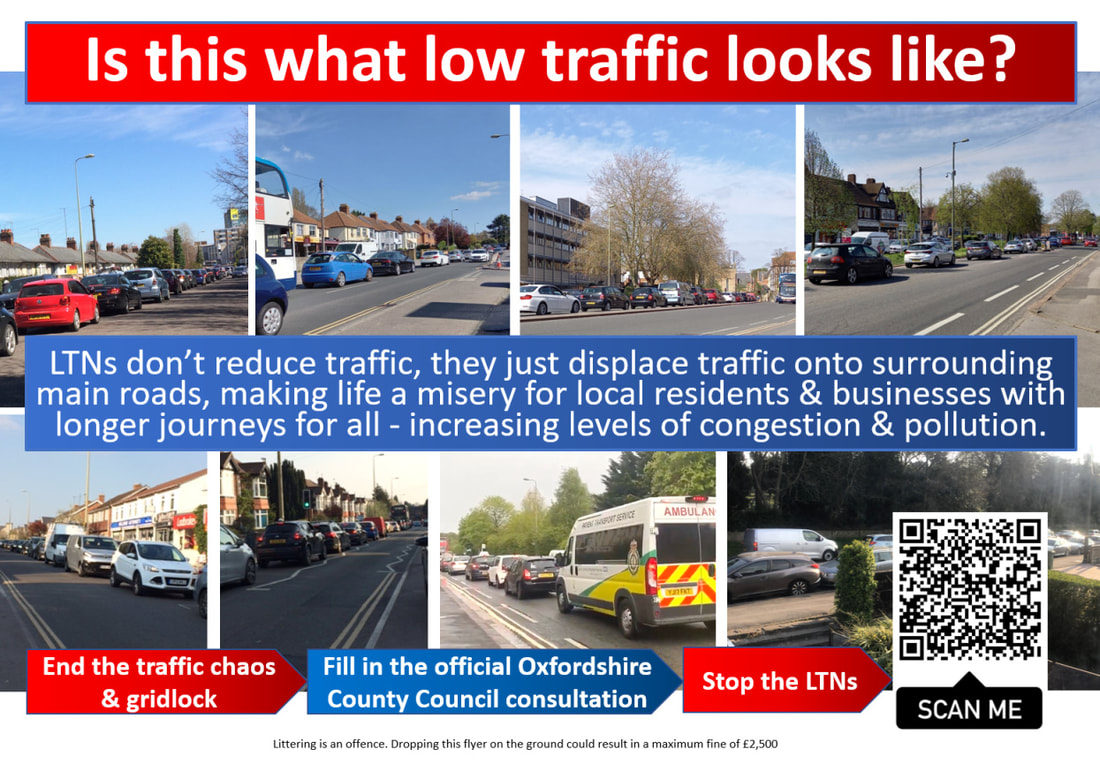 SAY NO TO THE COWLEY & LITTLEMORE LTN BARRICADES – REOPEN OUR ROADS! View the map and our FAQs here. Click below to go to the Oxfordshire County Council site - it only takes 5 minutes and it is vital that the Council hears from as many people as possible about their legitimate concerns about the LTNs. We have been inundated with messages, and pictures of LTN-induced gridlock, from residents & businesses opposed to the LTNs. The LTNs are causing total traffic chaos & gridlock around Cowley & Littlemore, resulting in increased congestion & pollution combined with increased journey times for all of us.
READ MORE HERE
PREVIOUS HEADLINES
Bus Gates Scrapped
​Splitting up our city - the Bus Gates proposals were bad for the environment, bad for residents, bad for business.
Update 14th Oct 2020: The County Council Cabinet has made the right decision to scrap the irrational City Centre Bus Gates proposals.
Business Leader Intervenes
Jeremy Mogford has written urging a stop to the bus gate proposals
Read More Here

OUR PRIORITIES FOR ​BUILDING A BETTER OXFORD 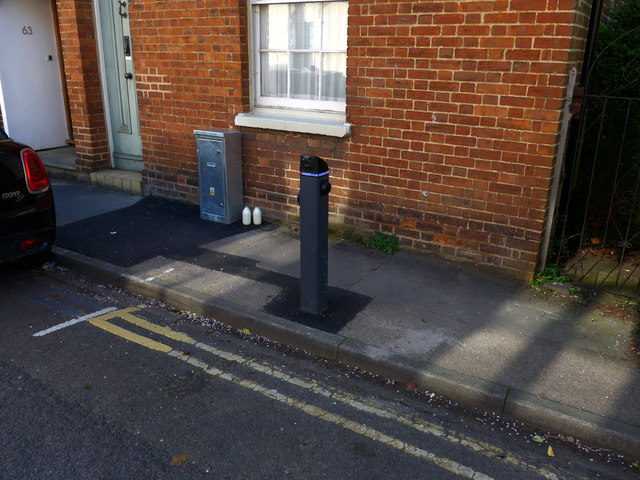 We want more electric vehicle charging points around the city 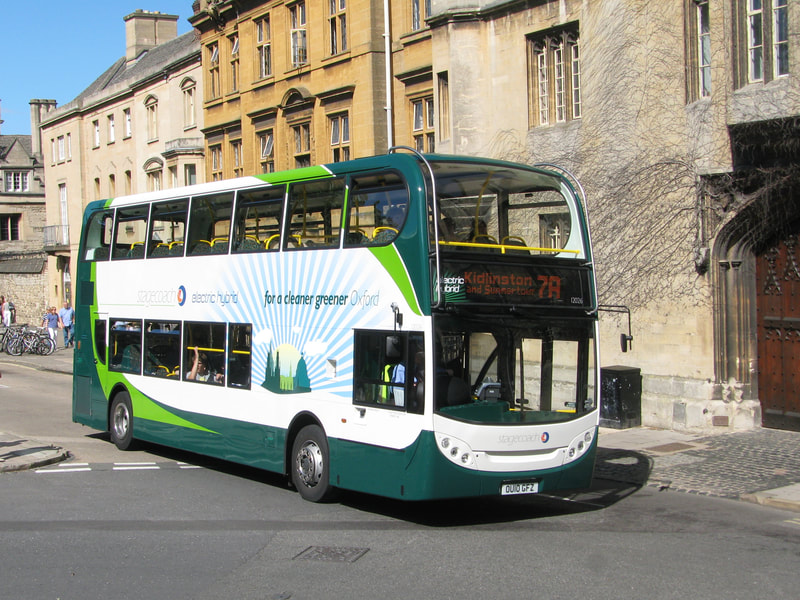 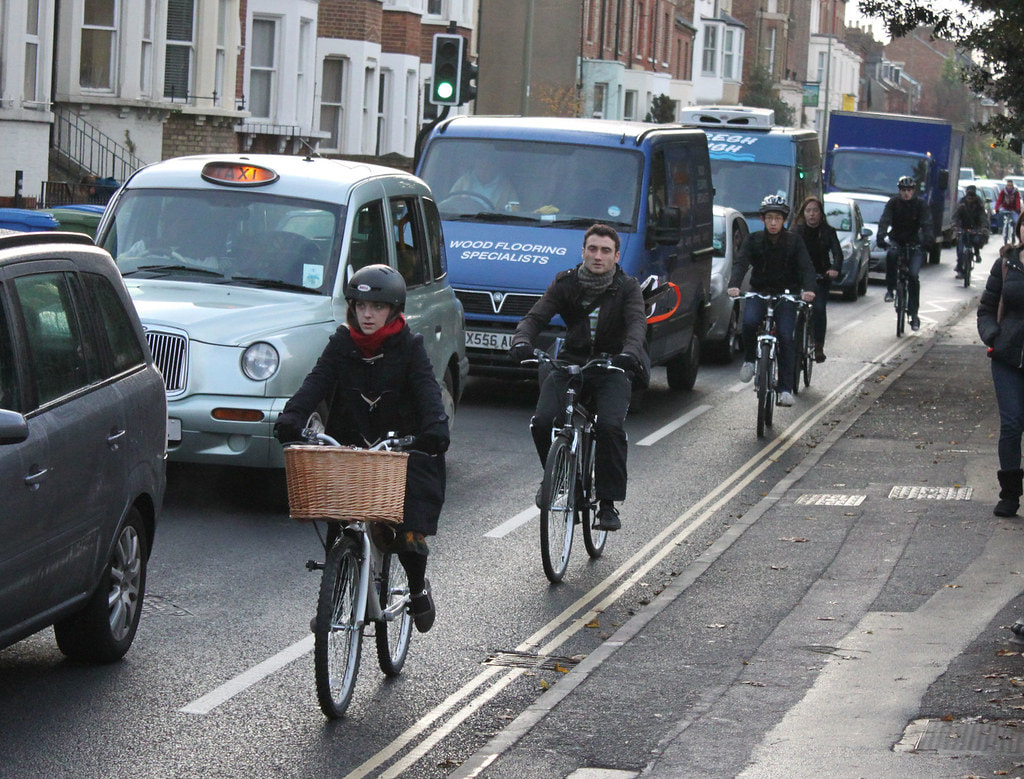 We believe that cycling should be encouraged with more cycle lanes 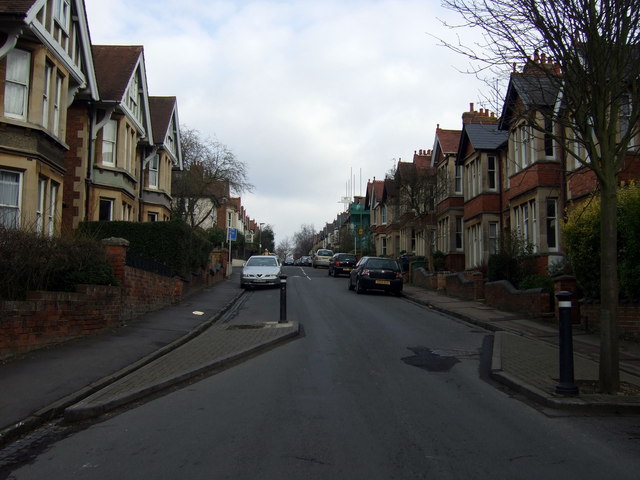 Find sustainable solutions to reduce 'cut-through' traffic in our side streets
We support:

Interested in doing more?  Email us to join the team as a community organiser and start building links with your neighbours and colleagues.
Email Us
FOLLOW US ON TWITTER
Tweets by ReconnectingOx